To celebrate the launch of new 80s soul night at the Social this weekend, March 16th, here’s a classic feature from the Sleazenation vaults…

80s soul: Black men and silky suits and silkier voices. White Essex casuals. Weekends at windswept holiday resorts. Luther Vandross. While the rest of the 80s music pantheon is currently being plundered for all its fashionable and jerky synthetic worth, Sleaze takes a look back at the genre that today seemingly forgot.

THESE DAYS, ageing soul stars such as Alexander O’Neal and fellow crooner Luther Vandross boast personas begging for ridicule. Barely touched by the changing times, they’re sliding into their fifties with the same well-preened glistening moustaches and a sound more dated than Joan Collins. 15 years ago they were the kings of the globe’s airwaves, achieving multi-platinum success and scoring sell-out shows at Wembley. Now all they’re fit for is wooing bored housewives washing up to Heart FM and wowing crowds in Croydon.

But the impact of 80s soul should not be underestimated. Or solely remembered by the works of the aforementioned alone. It was an epoch that saw the charts flood with mainstream black music, and in the UK provided an alternative groove to the pop antics of New Romanticism. A sound riddled with silk suits and shiny hair, rather than the Romantic’s requisite apparel of frills and black eyeliner. It was a slick and marketable update of funk, p-funk and soul – with a splattering of jazz – that was exported primarily from the US. And there was nothing quite like the ‘erection section’ at the local disco; a prime opportunity to grope your way into the early hours with a little help from Phyllis Nelson’s ‘Move Closer’ – a massive hit for the toothless wonder in 84. Black music was rapidly giving the white dominated pop market a serious run for its money. 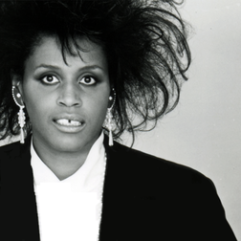 It was this brand of designer soul that proved that black music, away from disco’s dreadful demise, could not only be cool and credible – despite its at time gorgonzola-wafting tendencies – but most of all profitable; as exemplified by Michael Jackson’s Thriller from 82, the biggest-selling album of all time, which shifted over 45 million copies worldwide, won eight Grammys and spawned 10 top ten hits. A triumphant success that paved the way for record company spending on black artists. The likes of Luther & Alex, Whitney Houston, Chaka Khan, the SOS band, George Benson, Cameo, Womack & Womack, Ashford & Simpson, Maze and the Fatback Band were cleaning up, big time. As were UK soul outfits Soul II Soul, D’ Influence and Loose Ends. Its absorption into the popular market made black music more accessible to the white dominated home counties than ever before. It wouldn’t be unusual for a teenage kid in Bournemouth during the mid-80s to amble into Woolworth’s and blow his/her pocket money on an album based purely on the fact it had black faces on the cover. Naive, perhaps, but meant with the best of intentions – these kids genuinely liked what they were hearing. 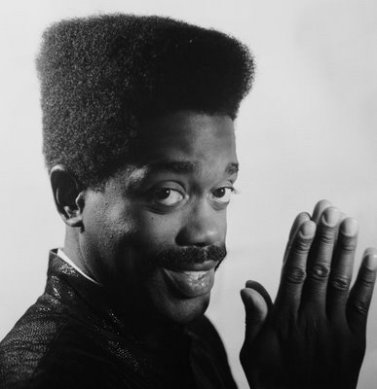 So what was its appeal? 80s soul music of this particular persuasion was safe and non-threatening – the songs oozing layers of soothing, soulful beats with a catchy funk-tinged edge, from Loose End’s ‘Hangin’ On A String’ to Princess’ ‘Say I’m Your Number One’. Classic escapism during an angst-ridden era when people were suffocating not only under the heavy stench of Thatcherism but the all-too-real threat of global nuclear warfare. The soul music of this time largely ignored those issues. Only Cameo’s reggae-flavoured ‘Dangerous Toys’, taken off the gold Single Life album in 85, came anywhere close – unlike such subversive political pop hits like Frankie Goes To Hollywood’s ‘Two Tribes’ and Culture Club’s ‘War Is Stupid’.

This mass appeal for the consoling groove spread faster than Luther’s waist measurement. And in doing so witnessed the advent of the Soul Weekender, which did for the south of England in the mid 80s what Northern soul did during the 70s – but with slower beats, a heavier emphasis on party tunes, and a less frenzied obsession of necking speed and getting one’s mitts on unheard 60s Motown rarities. Twice a year holiday resorts in Bognor, Southport, Great Yarmouth and Prestatyn in north Wales would be overrun by thousands of soul kids armed with whistles and silk shorts. And Caister – which was launched on the Norfolk coast in 79 – was the weekender’s tour de force, spawned from the king of the Essex soul mafia, Chris Hill.

Chris had made his name a couple of years earlier at Ilford night spot, the Lacy Lady, where his hard funk and hot soul-driven sets became the stuff of legend. He then – pre-Caister – threw all-dayers at the Reading Top Rank Suite and Alexandra Palace with fellow mafia soul stars Robbie Vincent and Froggy. But his Caister project was, without doubt, his most ambitious effort thus far, and won over the hearts of many, as regular Sonja Davis remembers; “I felt I’d come home, being with so many like-minded people and hearing anthems back-to-back. I cried and cried. Now I take my son there”.

Despite its popularity, the white suburban edge the weekender’s established wasn’t for everyone. “I used to go to Caister with Andrew Weatherall and the whole time we were there we’d stand in the corner whingeing about the fucking state of music” recalls DJ and Junior Boys Own head honcho Terry Farley, now 42, who still does the same 20 years later. “We only went to get away from our parents as there was nowhere else to go that was open late. If you wanted to stay out for a couple of nights you had to go to a weekender. But all you’d get was thousands of blokes blowing whistles to Maze.”

At this time, DJs like Robbie Vincent and Tony Blackburn were responsible for enticing this sweating throng of Fatback Band lovers up the weekender path via their Soul Spectrum shows on BBC Radio London, which has since mutated into GLR, then London Live. But for those living and breathing inner city London, there was a different vibe – fired by a more club-led, raw funk groove, steered by releases on Prelude, Atlantic, Salsoul, 4th & Broadway and Philly boogie imprint WMOT. Alongside the birth of the warehouse party, led by Kiss FM originators Norman Jay and Paul ‘Trouble’ Anderson, pirate radio exploded – inspired by a dedicated group of soul fans in 80 who set up the legendary Radio Invicta. Stations like JFM, Horizon and Solar (followed by Kiss in 85) consumed the airwaves, led by names such as Steve Jackson, Gilles Peterson, Dr Bob Jones, Dave Pearce, Graham Gold and Pete Tong. Some of whom – despite their devoted soul boy roots – have since opted for a gold-encrusted path, void of any soulful stepping stones whatsoever, basically reinventing themselves as drooling ravers. “I would defend Pete though,” says Farley, “he was a very cred DJ who was breaking in a lot of new music back then. But some of the others… they avoided supporting music that they liked, which I find very hard to understand. But you have to remember that 15 years ago these guys were sitting on top of buildings with baseball bats defending their station.” 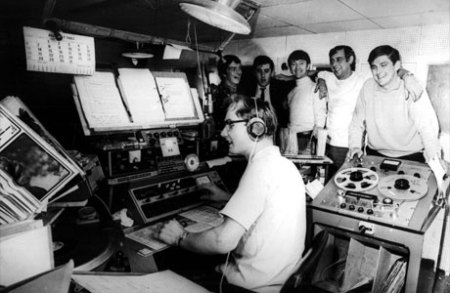 Such a passion for pioneering quality soulful music was also booming across the atlantic in the heart of Manhattan, NYC. Although its roots were firmly sprouted from 70s disco soil, the highly revered Paradise Garage, conducted by the now mythical and deceased Larry Levan, threw the 80s soul groove to the floor on a regular basis, from the more disco influenced classics such as Taana Gardner’s ‘Heartbeat’ on West End, to Levan’s inspirational productions during the new dawn of electro in 82. 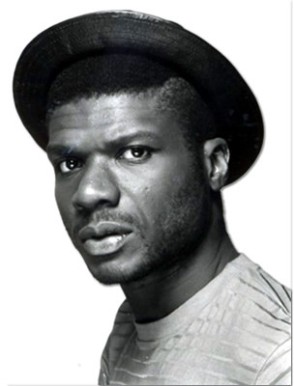 Afrika Bambaata’s Kraftwerk-inspired ‘Planet Rock’ marked the start of a whole new era, and Levan and close friend and colleague Francois Kervorkian begun to experiment with synths and drum machines, which at that time had become affordable and accessible. Levan delivered the sexually-charged digital funk of the Peech Boys’ ‘Don’t Make Me Wait’, Kervorkian the explosive beats of D Train’s ‘Keep On’ and ‘You’re The One For Me’. “The early 80s saw the start of the mechanical soul era, which wasn’t all positive,” comments New York DJ and producer Daniel Wang. “Of course we have all benefited, but it meant the emphasis changed from composition to programming, which is still the rule today. The likes of Michael Jackson and Stevie Wonder – not to mention Kraftwerk – never really recovered.”

The long heady nights at the Paradise Garage inspired many of today’s dance music stars. Danny Tenaglia, Joe Claussell, David Morales, MAW and Madonna all capitalized on their experiences. As did visitors from the UK such as Paul Oakenfold, Boy George and Dave Pearce. Its sound system also acted as a prototype for British clubs, the first being the Warehouse in Leeds in 78, and much later south London’s Ministry Of Sound. Still today many dance music lovers, especially within the UK dance scene, go all blubbery any time Levan or the Garage is mentioned. Associated label West End has recently released a 25th Anniversary album, in 2000 Strut Records cleaned up with Larry Levan Live At The Paradise Garage – the tunes remaining as timeless as the memories. But this nostalgia of the sounds of the 80s by no means stops here; truck loads of the period’s compilations have showered over us in the last year, from Acid House this and that through to Electro Breakdance. And who could forget the intoxicating emergence in the early 90s of Beechwood’s Classic Mastercuts series – in particular 80s groove Vols 1, 2 & 3 – masterminded by original Northern Soul boy and “professional nostalgist” Ian Dewhirst., which are still racked high on discerning music lover’s record shelves everywhere. 80s pop bands have been reforming and the fashion’s come back in. “Nostalgia is about the rose-tinted glow of sentimentality,” explains Dr Daniel Lovett of Surrey Psychotherapist practice, ACT. “It’s an emotional making of our journey through time. Evocative memories of people, places, experiences and events assume a bitter-sweet significance and become suggestive of a yearning, if not grieving, for times past.” 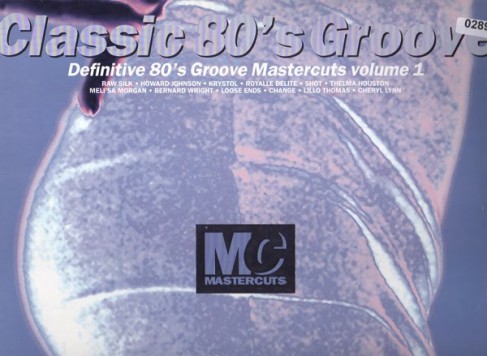 Soon the face of soul music began to change. House music had arrived in the late 80s – to the great dismay of the soul purists; the Chicago scene was restless and unsatisfied by soul’s horizontal grooves; and the advent of ecstasy and acid house in the UK changed everything. Kurtis Mantronik of Mantronix began working with Joyce Sims, Chaka Khan was being remixed by David Morales and Marley Marl and Serious Intention’s Paul Simpson started working with Adeva. Despite house music’s solid allegiance with disco, the soulful UK house of the early 90s would never have been the same without the 80s soul influence.

However, the foundations laid by the soul godfathers and godmothers mutated elsewhere. Fused with the unstoppable surge of hip hop at the turn of the new decade, the soul groove redirected into New Jack Swing, championed by smooth operators Ralph Tresvant, Johnny Gill and Teddy Riley – who were produced by 80s soul giants Jimmy Jam and Terry Lewis of SOS Band fame and one-time backing band for Prince. Jam & Lewis have been a driving force in R&B ever since – the heroes of the genre.

Nonetheless, the original heyday of early 80s soul is fast-becoming a distant memory. The weekenders are full of 40-year-old blokes with beer guts, and the tunes that once filled floors across the nation are now most likely heard in McDonalds or All Bar One. Maybe it’s hard to imagine an immediate audience amongst today’s fashionable youth, but who knows? The essential pleasure of smooching hard to Phyllis Nelson’s ‘Move Closer’ is surely never, ever, one to be passed up.