The aftermath of the riots has caused disruption across a number of communities, but one section of society that has not been spotlighted in current debate are the Big Issue vendors and the broader homeless community at large. Vendors across London – themselves small
businesses – have been at the forefront of impact due to an estimated 25% loss of sales of the magazine. Livelihoods have been put in jeopardy, so this is a CALL TO ACTION to encourage support from the public to re-engage with the vendors and offer their much-needed
support.

The Big Issue is 20 this year, celebrating with flagship event The Big London Night Walk on Friday 30th September. The Big Issue has spent the last 20 years building new lives for vulnerable people all over the UK. It’s about moving forwards, not backwards. “There is a real
threat to the Big Issue at the moment” explains Big Issue Founder John Bird. “People are not hanging around on the streets, not buying from the vendors… We want YOU to get behind The Big Issue, particularly at this time, because this is the most trying time of all. Please join
us on The Big London Night Walk and show your support.” 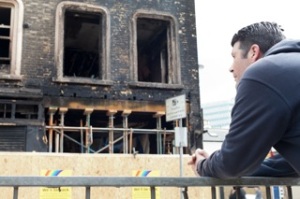 “We’re all still recovering from the shock. Some homeless people were beaten up… The day after the violence Croydon was like a ghost town. There was heavy police presence and an uneasy feeling everywhere. People were rushing through the town-centre. No-one stopped to buy the magazine, they just wanted to do their business and get the hell out of there. Even now people are still collecting their partners and friends from the train station and my sales are down.” 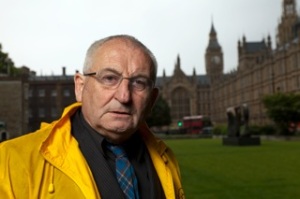 “20 years ago The Big Issue responded to a crisis on the street – homeless people were getting into all sorts of trouble. Now, 20 years later, it’s a different kind of trouble. In the aftermath of the recent riots the people who’ve been really affected are the small shop keepers and street traders. Big Issue vendors are street traders who’ve been forced to give up their businesses due to what’s been happening on the streets. They are seeing less people out and about – the riots have impacted upon them greatly. This impact will in turn effect the work of The Big Issue Foundation and magazine, the tragedy being that the disaffected amidst our communities are harming the people who are out there to try and help them.”