Well, being a judge on a girl DJ contest has certainly been something new for me to experience! 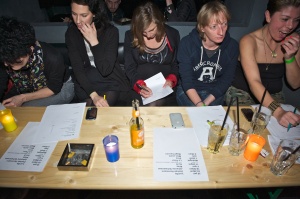 I’ve had so much fun working on the project with the lovely Ashley Douglas from Harman. As well as being a judge I’ve been blogging about the contest daily, which you can read here as well as having just hot-footed it to the live semi finals in London, Paris, Berlin and Brussels. I’ve met some amazingly talented women from the European dance music industry as well as some very impressive girl DJs.

It’s been a lot of fun, despite the cancelled flights and killer hangovers (Berlin – mega ouch. All your fault Ashley!). Even the MCing in London and Berlin I managed to pull off, having been persuaded not to use my Knock-Knock jokes I was desperate to try out. 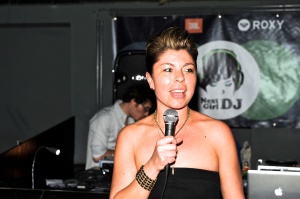 But fear not, it’s not quite come to a close. The winner is still yet to be announced, after the four finalists submit their 3o minute beach mix back online, for voting, and then the winner goes out to the grand finale in Biarritz in July. Follow my NGDJ blog for further details.